Portfolio of Suvo Ray
Design, Art, Type and everything in between 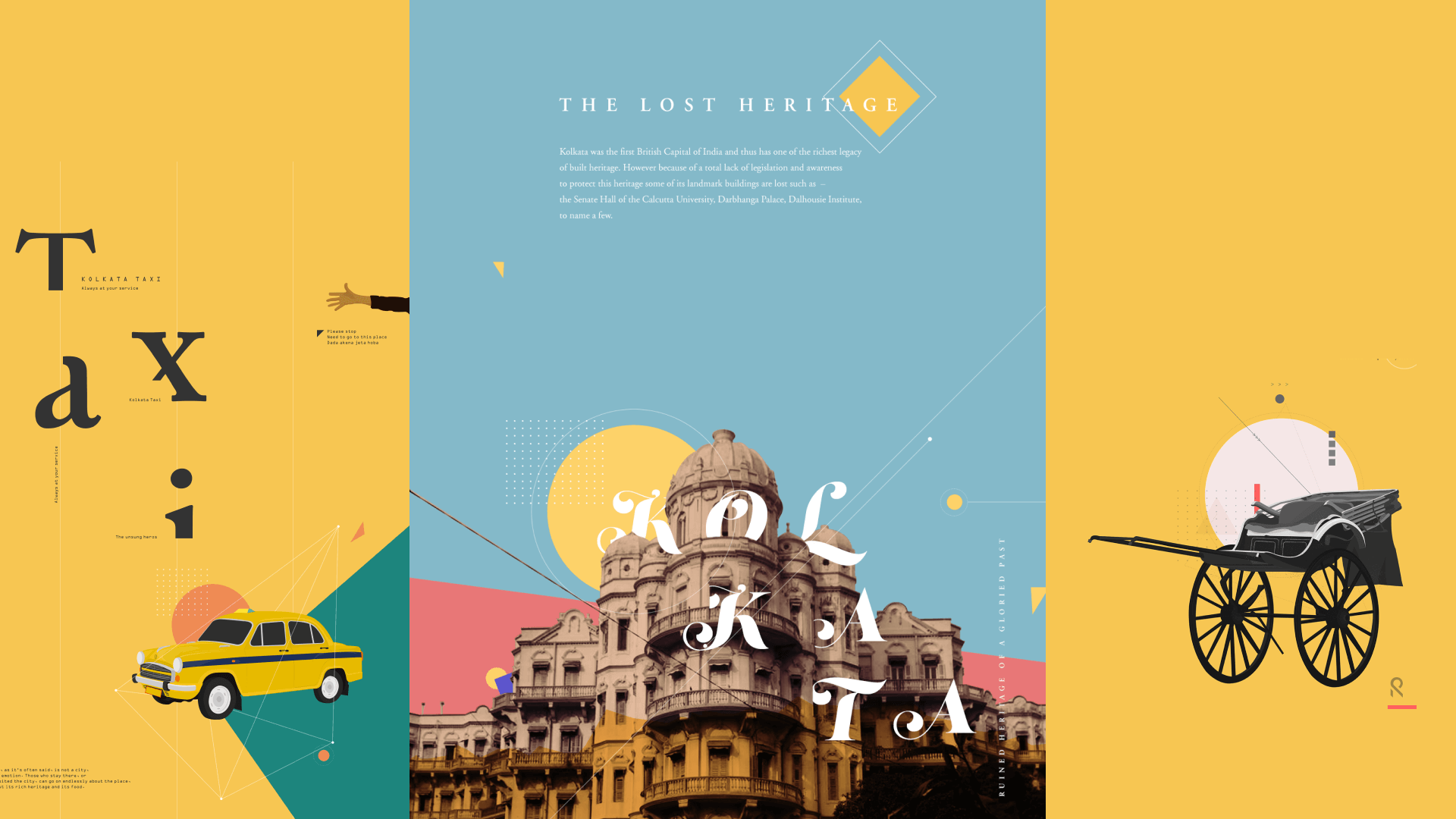 August 24, 1690, has often been touted as the foundation day or birthday of Calcutta as it was on this day that Charnock was said to have arrived at Sutanuti, one of the three villages that went on to constitute the city of Calcutta. Charnock is often credited as the 'founder' and chief architect of Calcutta.   A city of Scholars, artists, scientists, and the heart of the cultural and freedom movement of India. Kolkata is the city where Ramakrishna Paramahamsa, Swami Vivekananda, Rabindranath Tagore, Netaji Subhash Chandra Bose, and a lot of legends were born and did their life’s work.
Kolkata is also the place where the first where Indian Freedom movement and resistance against colonialism have started. It is a place of great historical significance and I feel incredibly blessed to be born in the city. This is a personal project where I wanted to celebrate and bring out the richness and history of Kolkata through art and design.

Thank you
for your time!